The 2022 season of Major League Baseball will begin April 7th and JAE is excited to continue as a sponsor of the Angels for the fifth consecutive season. We are proud to partner with the Angels, who possess many outstanding players, including two-way talent and All-Star Shohei Ohtani.

JAE Electronics, Inc. (JAE US), the US based subsidiary of Japan Aviation Electronics Industry, Ltd. (JAE) has been a continuing sponsor of the Los Angeles Angels of Major League Baseball since the outset of the 2018 season, seeing enormous brand exposure both domestically and globally over the last five years. Especially over the last season, the performance of Japanese Superstar Shohei Ohtani has attracted enormous attention for the Angels in the US and Japan, among other countries, creating a global audience for this season. 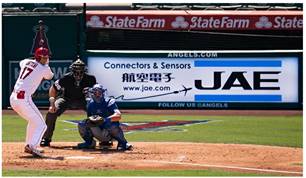 The 2022 season will include a full 162-game lineup, with all home games available at full capacity at Angel Stadium of Anaheim. Under the management of legendary Manager Joe Maddon for the third season, we expect the Los Angeles Angels to make great achievements featuring high-profile athletes such as two-way sensation and All-Star Shohei Ohtani, three-time MVP Mike Trout, and last season’s All-Star Jared Walsh.

As part of this year’s sponsorship, JAE will maintain its spot on the home plate rotating banner displayed during one half inning of each home game, starting with the opening game on April 7th.

JAE is also excited to announce its sponsorship of the Los Angeles Angels’ Ohtani Bobblehead Giveaway Night on April 8th against the Houston Astros! At this game, the first 25,000 fans in attendance will be given a Shohei Ohtani Bobblehead featuring a JAE placard. This giveaway is set to honor Shohei Ohtani’s historical 2021 season. Breaking records since his debut in 2018, Ohtani was the first player in Major League Baseball history to record over 10 home runs and over 100 strikeouts in the same season. He also recorded a new single-season home run record for a Japanese-born player. Last season was his debut as an American League All-Star, in addition to receiving the AL Most Valuable Player Award.

JAE has been a sponsor of the Los Angeles Angels since 2018, and proudly continues their partnership with the Angels in an effort to show support for the local sports community as a part of a larger focus to increase brand awareness both domestically in the US and globally. In addition to a home plate rotating banner spot, JAE continues to receive promotional coverage across all Angels publicity platforms including TV, radio, social media, and in-stadium displays. We are very excited about this partnership and look forward to a strong and successful ongoing relationship with the Angels in 2022 and beyond. Go Angels! 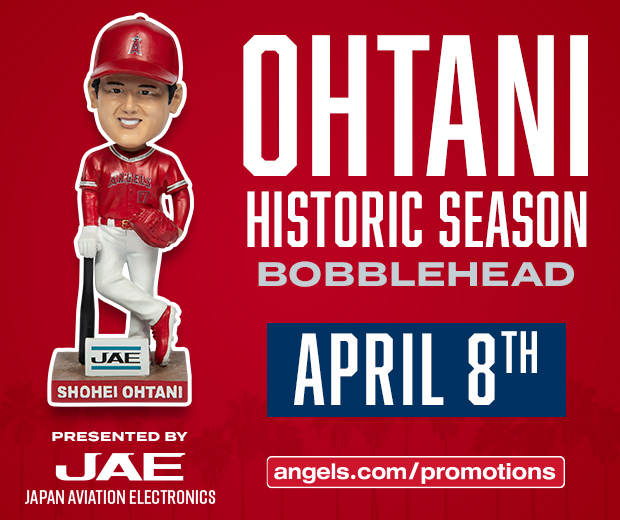