For tasks with a high risk of significantly affecting the environment, we have established emergency response procedures for each task, and we conduct procedure tests and drills.
・An example of high-risk work 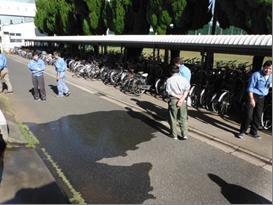 Creation of leaks by using water as a heavy oil (JAE) 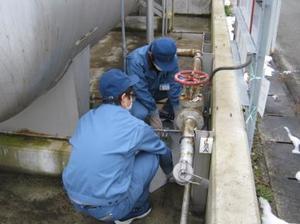 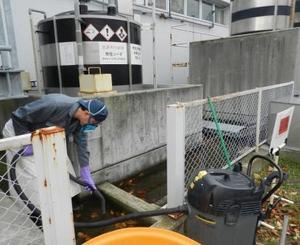 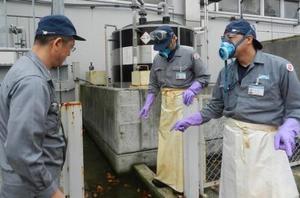 Training to respond to leaks from drug storage tanks (HAE)

Prevention of Soil and Groundwater Pollution

The discovery of soil and groundwater contaminated with hazardous substances is on the rise in Japan due to the redevelopment of former plant sites and voluntary surveys. Since countermeasures after contamination has already occurred take a vast amount of time and money, this is gaining recognition every year as a massive social problem, and related laws and regulations are being put in place.
The JAE Group conducts risk assessments of its facilities that handle toxic substances and those associated with fuel oil, and takes countermeasures to prevent contamination, such as by double-walling underground storage facilities and pipes. This section introduces several activities to prevent contamination. 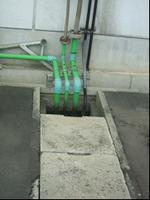 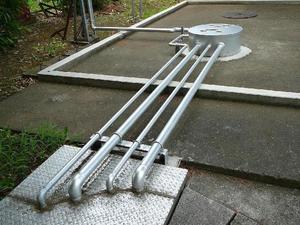 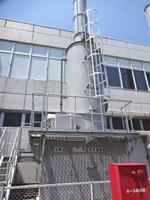 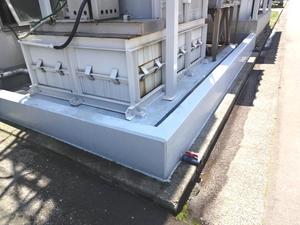