JAE to Sponsor Another Ohtani Bobblehead Giveaway on July 16th

Tokyo – Japan Aviation Electronics Industry, Ltd. (JAE), announced today that its US subsidiary JAE Electronics, Inc. (JAE US) based out of Irvine, CA, will sponsor the Ohtani Bobblehead giveaway on April 16th at Angel Stadium in Anaheim, California.
As part of the sponsorship agreement, the first 14,000 fans in attendance will receive a free Ohtani Bobblehead featuring the JAE Logo. JAE will also be included in two weeks of promotional coverage across Angels media platforms including TV, Radio, Social Media and in-stadium advertisements. 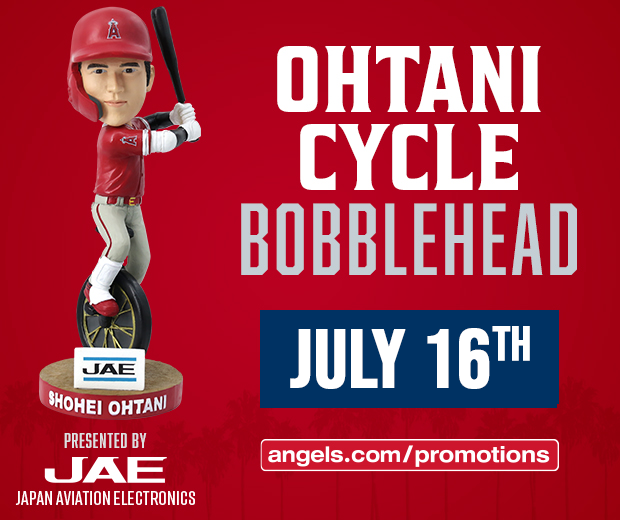