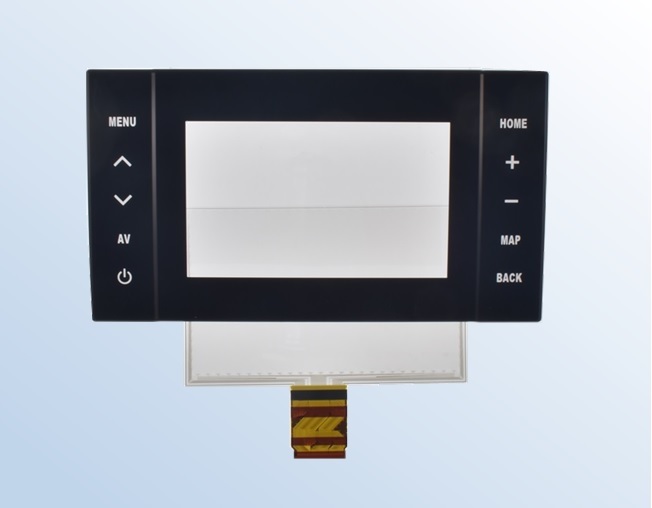 JAE's automotive capacitive touch panels began mass production in 2012, which is earlier than other companies, and have more than seven years of results.
The basic configuration of our capacitive touch panel is a structure in which the sensor unit (glass type, film type) and an overlay cover are bonded.
In addition to stable operation under harsh environments such as high temperature and humidity required for automotive, medical and industrial equipment, we commercialize with high sensing technology such as input with gloves attached and malfunction prevention with water droplets. In addition, with the overlay cover, we are responding to optical needs, such as measures against fingerprint adhesion and suppressing external light reflection, as well as design support such as black frame printing and icon lighting.